It feels as if I’ve lived in a lifetime of cold houses. As a child, the thermostat was a battleground between my parents (a battle that, if the warmth of my parents’ house on my last visit was any indicator, has been won by my mother).  While I’m sure there was some genuine concern for thrift, it feels keeping the temperature low was a way of saying that we weren’t the kind of family that was so privileged as to throw away money for excessive comfort.

My first house in Bloomington was freezing.  Despite covering all the windows in plastic, it never felt warm, the pipes froze, and when we finally crawled under the floorboards into the muddy crawlspace, we found that most of the ductwork was disconnected.

During the polar vortex, the temperature in my Chicago apartment dipped below 50 degrees.  It still felt warm compared with the outside, but it wasn’t exactly pleasant.  I was pissed at my landlord for neglecting the cranky radiators in the apartment, but also felt like a whiner, knowing that others in the city were probably in a worse situation.  In general, it felt like one more thing that was bigger than me.

My best stab at dealing with the crazy weather, and the discomfort, was to wire up an Arduino to a temperature sensor and push the temperature readings to Xively.  The Arduino code is here.

I made a micro site called Baby It’s Cold Inside, to share the readings and link to resources about landlord responsibilities for keeping apartments warm.  In the future, I might try to incorporate data about no heat 311 requests that I FOIAed last year.

This project didn’t make the apartment any warmer, but it was a way to acknowledge my situation and create something out of that situation. 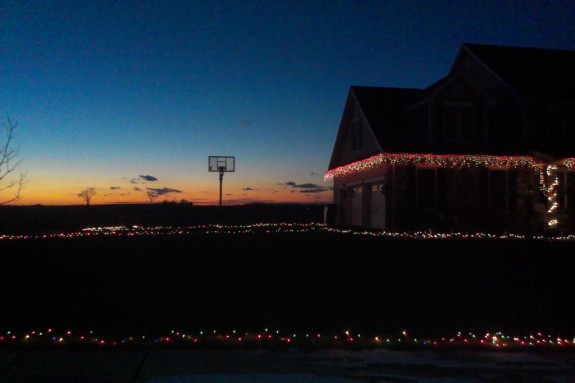 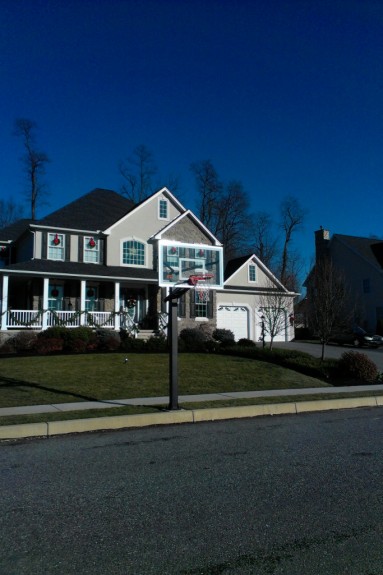 Last night Hinged, the band I play in, played a show with two cool bands from Chattanooga as well as a violinist who was the grandson of a notable Chicago magician and drummer/guitarist who immigrated to Chicago from Tanzania.  The show was in a small, homemade theater behind a magic shop, presumably constructed for magicians’ performances.

You should check out music by the Onetimers and Ol Scratch: 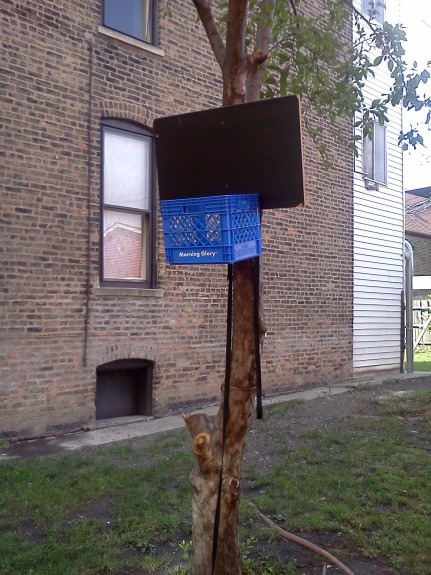 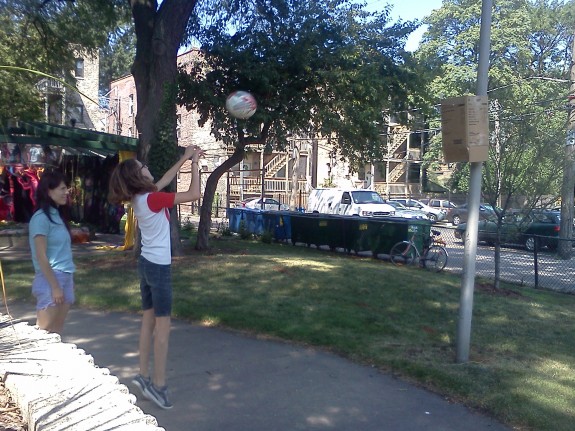 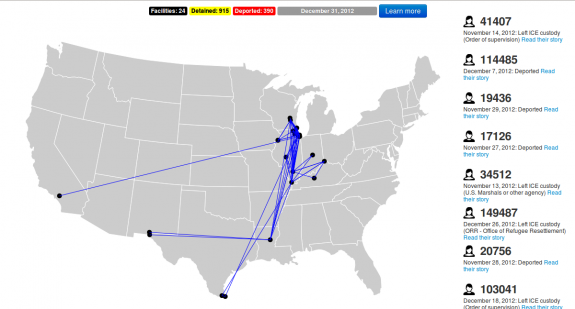 Where it begins, and where you leave it,
that is a question
that’s more than coordinate systems can say

Oh brittle amalgam, oh unhappy mongrel,
how I long to hold you
in your contradiction and your size.

Seersucker shorts, Cincinnati, Ohio
Coney Island in Southwest
and a diner off US-15