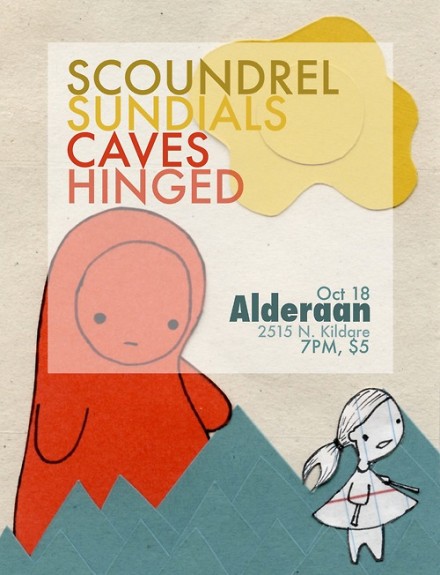 Your Heart Breaks is sometimes solo, sometimes richly accompanied pop songs played by Clyde who hails from Seattle.Â  I think the songs are really great – catchy but intelligent and personal.Â  I have not heard Caethua, but I’ve heard good things.Â  Claire also plays free jazz and hip-hop music, but her performance as Caethua was described to me as solo-accoustic-based music.

Brightblack Morning Light is a color of the day when the truth of the
universe is faded into a veil of blue sky. These collections of songs
were written by two homeless friends from Alabama while living in
tents in rural Northern California under the sky without walls or
roofs. Their mixed blood holds some American Indian somewhere, but
they have no reservation to live. Yet they make a deliberate attempt
to be indigenous to the Earth nearby, away from city babylons. The
band’s chilled out vibe has been described as everything from
“Spacemen 3 meets Booker T and the MGs” to “Spiritualized raised in a
backwoods Florida swamp by their freaky uncle, Steely Dan.” Bring
crystals.

Daniel AIU Belteshazzar Higgs was the singer for the band Lungfish
and is an absolute modern day shaman. His presence in person and on
stage is absolutely mesmerizing. In another time he would have ruled
the world, or been burned at the stake, or had his own cult. In
Lungfish, his stream of consciousness vocals, add a distinctly
spiritual quality to Lungfish’s droning repetitive caveman krautrock
jams. His newest solo LP, Ancestral Songs (Holy Mountain), is
comprised of apocalyptic tunes, a banjo raag, mellifluous birdsong,
and the sci-fi-sounding duet of a searing Jew’s harp and toy piano.

“Are You of the Body?” brings out the electric tamboura tone and an
accompanying acoustic guitar to melt the spine. A distorted motorik
guitar riff propels Ancestral Songs to a close by focusing on the
consistent tone and vibration that flows throughout the album. New
album out on Thrill Jockey soon…

Chiara Giovando’s musical psyche (voice, violin, electronics) is an
amalgamation of intuition and critical thought. This can be a
tumultuous union, at times leading to rash judgments, at other times
to the detailed expressions of sensed truths. The Baltimore City
Paper named her work the Best Performance Art of 2005, calling her
“excruciatingly tense”. Thurston Moore says, “Chiara astounds with a
fine balance of slow, unfolding sound-dadaistix and palpable energy-
microphone-allure.”

I think most of them have records available at Sweet Hickory.

Witness the triumphant return of Little Wings before he disappears to go surfing.